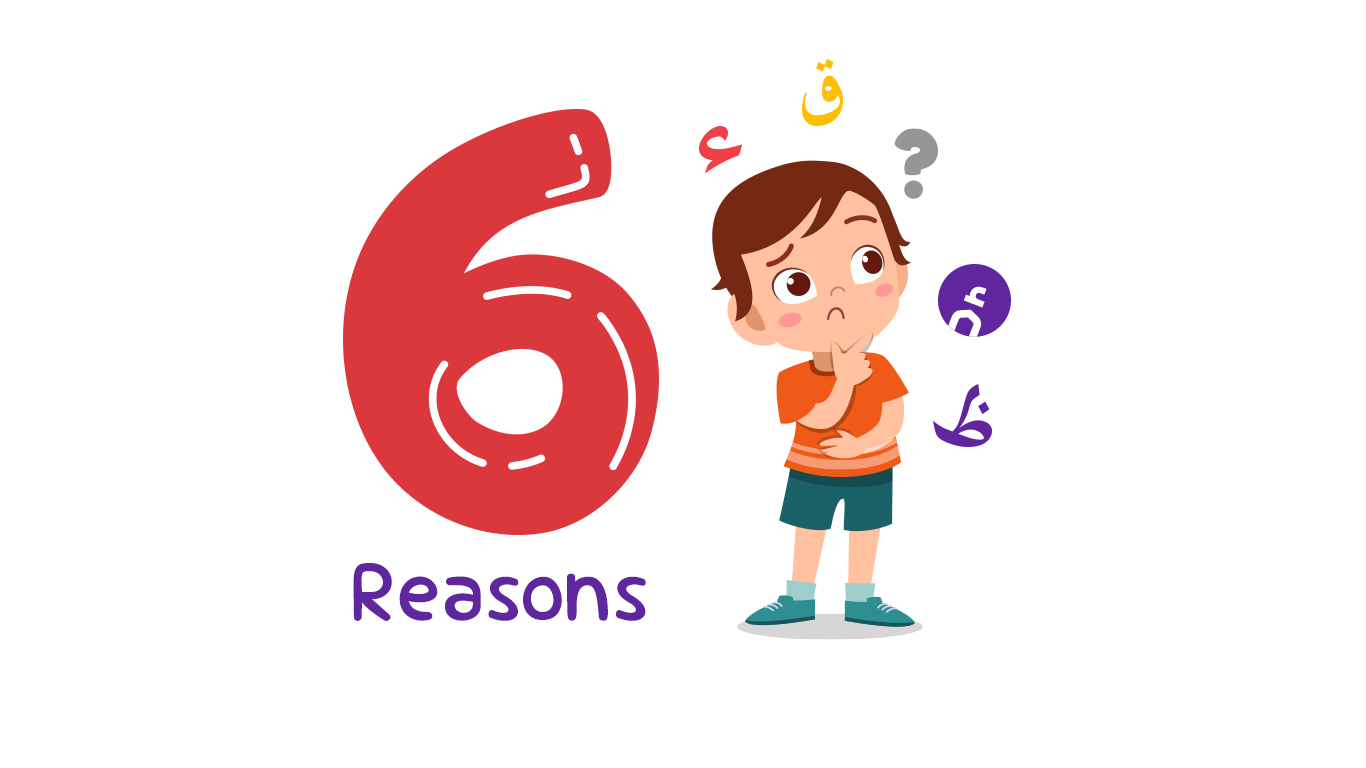 Teaching a second language to your child has several benefits. It improves concentration, multi-tasking ability, critical thinking, listening skills, and more. Moreover, some studies show children who are proficient in multiple languages show signs of enhanced mental flexibility. By teaching a foreign language to your child, you can improve their skills and help them become a multi-lingual person. It can greatly help in their future career as well.   As Muslim parents living in the non-Arabic speaking communities, many of you might be worried whether your kid would be able to read and write in Arabic when they grow up. Learning Arabic is not just for followers of the Islamic religion.
Given the numerous benefits of learning Arabic, many parents think of teaching Arabic to their kids apart from other European languages. Choosing Arabic as your child’s second language is beneficial to them in multiple ways. For children, it is pretty easy to learn Arabic online these days.
Arabic – a rich language As we know, the Arabic language is one of the oldest in the world. It is a Semitic language which is still spoken in a larger part of the world. It is one of the recognised official languages by the United Nations. More than 420 million people in the world are Arabic speakers. It is the official language of more than 25 countries around the world. It is in the sixth position among the spoken languages in the world currently. Arabic is the main language of the Islamic faith. To understand Islamic religion at its best, one needs to be proficient in the Arabic language as well. Not just religion, Arabic learning is helpful in international relationship, education, career, travelling, and more. It opens up huge opportunities for building a great career. After all, Arabic is one of the beautiful languages in the world with rich literature. In this blog, let us analyze a few factors that explain why it is important to teach your child Arabic.
Language skill to stand out in the western world In the western world, you may find many people who can speak languages like Spanish, French, Italian, etc. But Arabic is not a popular language in the west. Also, it is not commonly taught in schools or universities. A study in the US says that Arabic constitutes of only 2.1% of the languages taught in colleges and universities. A number of foreign language learning statistics show that Arabic is not a preferred language in educational institutions in the west. As a result, people who can speak Arabic are a rarity in the western parts of the world.  Arabic is a language with growing importance, be it diplomacy, international business, or cultural studies. When you teach your child Arabic, you are helping them gain a skill that can be largely beneficial in their future life. Even basic Arabic skills like reading and writing can help them improve their opportunities for career success.
Easier to learn multiple languages When you know French, it becomes easier to learn languages such as Portuguese, Italian, Spanish, and more. Similarly, teaching your child Arabic makes it easier for them to learn various other languages. The Arabic language works as a foundation for a few other languages. It has a lot of similarity with languages such as Farsi, Persian, Turkish, Urdu, Hebrew, etc. The vocabulary and usage of Arabic and these languages are similar. If the kids are taught Arabic in their childhood, they will have an easy time learning these languages. They can easily pick up the semantic and grammatical concepts of these languages. Not only it helps people to grab awesome career opportunities in countries that speak these languages but also makes it easier to travel to these places.
Better career opportunities There is a huge flow of investment from the Arabic countries to the western world in the last few years. Definitely, companies look for people who can speak the native language of investors. Many businesses and organizations in the western world look for Arabic translators and interpreters as trade relations with the Arabic-speaking countries continue to improve. Also, Arabic speakers are required in foreign services, banking, finance, consulting, journalism, etc. It is also important for successful trade and negotiations with the Arab-speaking world as well as in the international business environment. People who can speak Arabic will have a competitive advantage when they look for job opportunities in the western world. Thus, you are opening up the doorway for a better career by teaching your child Arabic.
Travel and experience other cultures No matter where you go, it is an advantage if you can speak in their native language. Learning a new language is the first step to immerse oneself in understanding a foreign culture. The Arabic language is spoken in more than 60 countries in the world. When you teach your child Arabic, you make it easier for them to travel to Arabic-speaking countries and mingle with other cultures easily. Also, they can appreciate the art, music, and literature of those countries seamlessly. Since Arabic has various dialects, learning Arabic will allow the children to learn various cultures existing in different countries when they grow up.
The bottom-line As most of know, Arabic is a difficult language when compared with other European languages. That is why introducing the child to the Arabic language at an early age is important. It is better if you can start the Arabic learning course for the child before he/she turns eight years of age. They can pick up the language later as well. However, the learning curve may be slow as they grow up.  Teaching your child Arabic can be largely beneficial for their future life. It increases job opportunities while making it easier to travel to Arabic-speaking countries. As parents, you should understand teaching a new language to the child asks for a committed and consistent approach. Make sure you keep motivating the child throughout the learning journey.