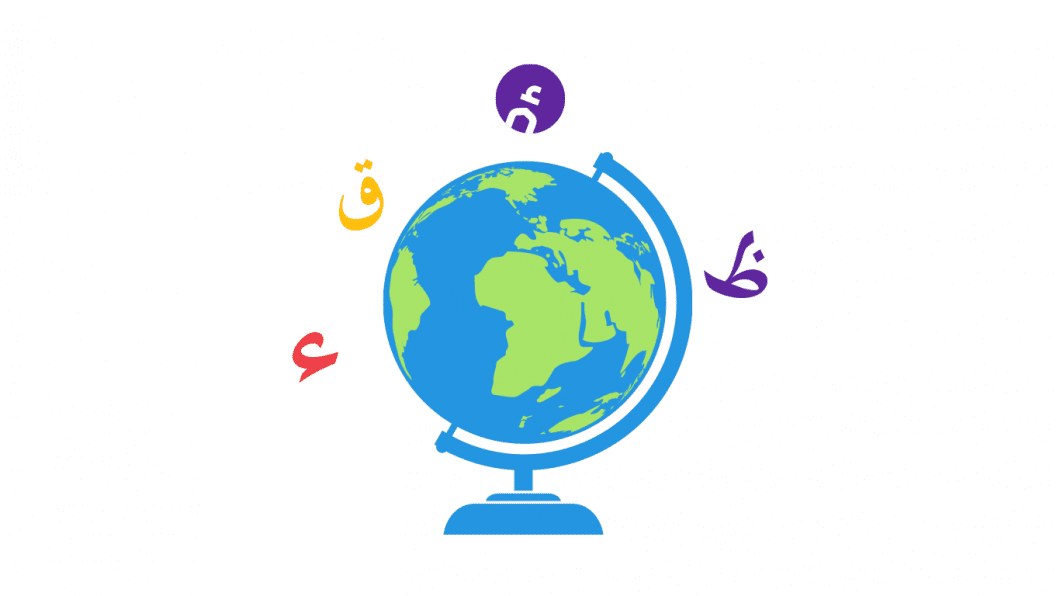 Bahrain, Saudi Arabia, Palestine, Lebanon, Jordan, Kuwait, Egypt, Morocco, Oman, and Iraq, are the places where Arabic is frequently spoken. It is believed that the Arabic language was introduced in the 4th century CE. What makes Arabic language dissimilar to other languages that are spoken in diverse regions across the globe is it starts from the right side which further goes towards left. The Arab world is widespread and the demand for Arab speakers is increasing at a phenomenal pace. The folks who have fluency in Arabic are offered lucrative job opportunities in different corners of the world and gaining proficiency in this language has become an exceptional skill for those who are finding jobs. Currently, there are more than 350 million native speakers in above 25 countries where the official language is Arabic. Arabic is quickly emerging as a language that is boosting grounds in public life and Swedish media.
The countries where Arabic is spoken are substantially growing and the GDP of the Arab world is estimated at nearly $3.8 trillion. Those who understand the aspects of Arabic language can travel to countries where this language is spoken. Apart from getting optimum job opportunities, they can explore new locations, discover their dream destinations, earn money, and fulfill their interests as well. There are organizations, educational centers, and institutes that offer Arabic courses that are within the budget of learners. They have divided the courses into a multitude of categories that include Arabic literature, Arab culture, Ancient Arabic, and Translation.
Learning Arabic from home is not at all time-consuming or difficult and for students and kids, learning Arabic proves to be rewarding for them as they can enhance their career, become skillful in a new language, teach others, and acquire money-spinning opportunities. Learning a language can be tough in the beginning, however, the constant practice can help in comprehending complex words that are intricate to speak. Algeria has nearly 50 Arabic speakers, Egypt is prominent for its rich culture and the majority of folks who are the residents of Egypt speak Arabic. Saudi Arabia is home to 40 million people out of which more than 30 million speak Arabic. In a country like Sudan, approximately 32 million people consider Arabic as their first language.
The number of Arabic speakers has exponentially grown in Syria, Tunisia, and Saudi Arabia over the past few years. In Scandinavian country of more than 15 million people, nearly 370,000 are Arabic speakers. There are plenty of words that have different pronunciation and multiple meanings. It is simply surprising that Arabic spoken dialects comprise of Iraqi Arabic, Najdi Arabic, North African Arabic, Hejazi Arabic, Levantine Arabic, and Hassaniya Arabic. Colloquial, Classical, and Standard Arabic are forms of Arabic. In nearly 15 countries, Colloquial Arabic is widely spoken among people belonging to groups, cultures, and assorted geographical borders. In textbooks, novels, and newspapers, the standard Arabic is utilized and as the name implies, Classical Arabic was the first preference of the texts written in Abbasid times and the language of the sacred book Quran is Classical Arabic. The veteran tutors say that in Arabic, there are nearly 100 words for love, camel, and various other words. Instead of an alphabet, the writing methodology of this language includes an abjad. The educational institutes and companies leave no stone unturned in providing innovative learning techniques to students. Within the shortest time possible, they transform a beginner into a master who can pronounce every word in a correct manner. Also, the students learn how to keep different meanings of different words in their mind via online courses and classes. The students can join or enroll any course anytime and get the certification at the end of the course. Several institutes also offer webinars and workshops.
Alif Arabic has attained one of the top positions among institutes that provide education in the fundamentals of the Arabic language. They have more than 9 years of experience and they have qualified and adept teachers that endorse effective learning. From Arabic dictation to Calligraphy, Educational Psychology to Education Technology, Balagha to Sarf, they introduce students to a wide range of courses. They opt for the highly knowledgeable and experienced Arabic tutors from the topmost Islamic university i.e. Al-Azhar.